Watchdog ‘will not rush’ after receiving delayed RBS report 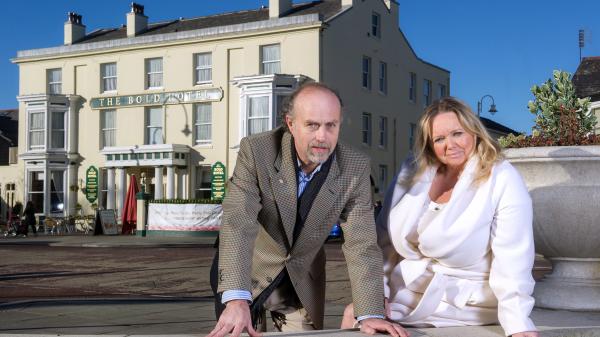 The Financial Conduct Authority has received the final version of a much- delayed report into alleged misconduct at Royal Bank of Scotland’s restructuring division.

However, despite the completion of a review it commissioned on the activities of the bank’s Global Restructuring Group, the City regulator gave no timetable for issuing the findings.

With publication now two years overdue, the FCA told companies that the process must not be rushed. Those companies claim they were charged excessive and opaque fees by GRG and that they were unfairly pushed out of business by the division.

The FCA said: “There are a number of steps for the FCA to complete before we are in a position to share our final findings, which will include an assessment of all relevant material, of which the . . . report is one. This has been a complex and lengthy review. It is therefore important that we do not rush the final stages of this process.”

One of the outstanding questions for the regulator is whether or not a compensation scheme for alleged victims should be established.

Affected companies are concerned that potential legal claims may expire while they wait for the findings to be issued. There are also complaints about the lack of clarity over what form the findings will take.

The review was conducted by Promontory, a financial consultancy, and Mazars, an accountancy firm.

Documents seen by The Times show that RBS customers who were interviewed by reviewers were told that “the FCA will determine whether it will publish, in full or in part, the report. We will not be able to provide copies to customers.”

RBS has seen the report. A “draft” version of the review was received by the FCA in April and sent to the bank. It is understood that this interim version was subsequently returned to Promontory and Mazars to be finalised.

Steve Wilkinson, a Sheffield-based businessman and RBS customer who provided evidence to the reviewers, said: “I have been advised by my solicitor to wait for the review. I am not on my own. There are hundreds if not thousands of businesses in the same boat. As each day goes by, genuine claims will be time-barred.

“I now doubt that the [full] review findings will ever see the light of day. This is a sorry state of affairs for the small and medium-sized companies who are the lifeblood of the economy.”

Andrew Tyrie, the Conservative chairman of the Commons’ Treasury select committee, said that it was “better to get to the bottom of what’s happened than rush it”, but added: “This does seem to have the characteristics of watching a kettle and waiting for it to boil.”

A group of companies has threatened the FCA with legal action over the delays to the review. The GRG Business Action group wrote to Andrew Bailey, chief executive of the regulator, last month saying that its members would begin proceedings against it in the High Court unless they were given assurances that the report would be published imminently.

In July, Mr Bailey told the Treasury committee that he hoped the report would be published this year.

The Financial Conduct Authority’s review into the activities of the Global Restructuring Group (GRG) is finally complete. Yet the waiting game for hundreds of affected companies goes on.

It has been almost three years since Lawrence Tomlinson, an entrepreneur and then government adviser, published a report accusing Royal Bank of Scotland’s restructuring division of serious misconduct.

Small and medium-sized companies, he claimed, were being systematically forced to the wall by the bank’s restructuring division, GRG.

At first, the FCA’s response was swift. It announced an official review into the allegations the following month, and promptly appointed Promontory and Mazars to investigate.

Since then, progress has slowed to a crawl. With the review now two years behind schedule, there is still no firm publication date.

While companies await the FCA report, some uncomfortable questions for the bank have emerged . While GRG has been referred to as a “turnaround” division designed to return troubled companies to health, GRG’s primary motivation following the financial crisis may have put it odds with its clients.

Last year, The Times revealed that as the bank was under pressure to repair its balance sheet, it could improve its capital position by reducing its exposure to certain businesses and sectors, countless small and medium-sized companies among them.

Indeed, opaque fees charged by GRG appear to have existed simply to compensate the bank for the capital it had tied up in its business customers. Not that this was explained to affected companies.

The FCA reviewers have also heard even more serious allegations. These include the claim, denied by RBS, that assets that loans were secured against were subjected to unfair revaluations to provoke a breach in debt facilities.

It is also alleged that West Register, RBS’s property arm, benefited from inside information from GRG when it bought up customers’ assets.

Among West Register’s purchases was the The Bold Hotel in Southport. Its former owners, Eddie and Cheryl Warren have spoken about the huge personal toll of losing their business following an encounter with GRG.

The FCA has blamed “the complex nature of the review and the seriousness of the allegations” for the delays. That is fair enough, but with hundreds of people in a similar position to the Warrens, the regulator must also pay heed to the urgency of letting alleged victims know where they stand.