Underrated Nightlife Destinations in the USA

We all know the classic destinations for an outrageous night out; Manhattan, Miami, Los Angeles, Vegas, Chicago – they’re the cities that never sleep, immortalized in countless movies that further increase their appeal. Never-ending streets lined with jazz bars, casinos, cabaret clubs, magic shows and restaurants invariably enter our head when we think of these iconic locations.

But the problem with these places being iconic is that they’re also crowded, overpriced and a little clichéd. Vegas begins to feel somewhat soulless, and Chicago eventually becomes a parody of itself. If you’re not afraid to try something a bit different and off the beaten track, it’s worth making a visit to the emerging nightlife scenes in other cities.

One might not expect to find a sin city-style gambling paradise in the heart of the Bible belt – but it sure exists. Biloxi grows more extravagant by the day – becoming increasingly well known for epic pool parties and hard-core clubbing. Best of all – everything from the restaurants to the casinos costs only a fraction of the price you’d be paying in Vegas. The second best thing about Biloxi is its location on the scenic coast on the Gulf of Mexico sellmyhousefast, making it an ocean-side city with extra appeal during the summer. Also worth mentioning is how Biloxi lets you soak up that authentic Southern feeling whilst also giving you a taste of modern metropolitanism. 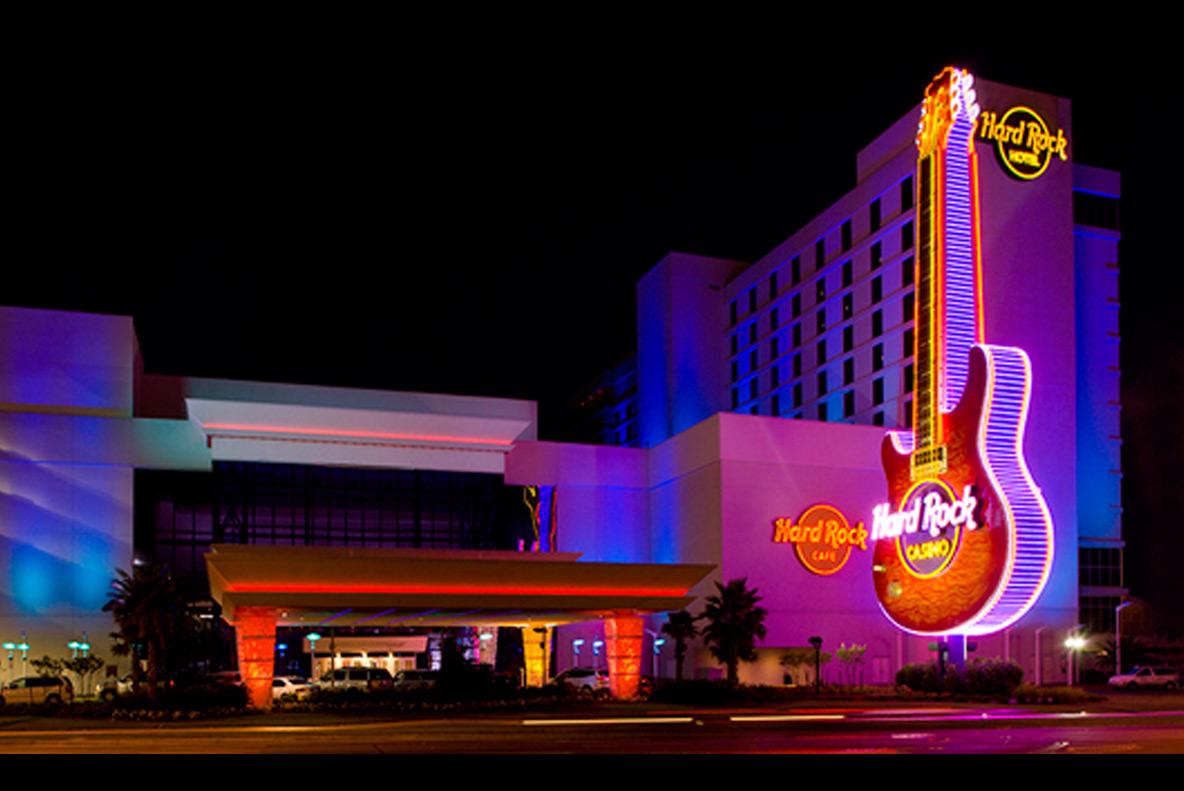 In Europe, you’ll commonly hear “Texas” being used as a synonym for “crazy” – for anyone who’s experienced the city’s wild party scene, the term seems quite fitting. Of course, Austin is far from an unknown city( in fact, it’s widely known as the live music capital of the world ) – but it seems that many underestimate exactly how exciting and open-minded it’s nightlife scene has become in recent years. A fast developing party scene is not surprising considering Austin is the quickest growing city in the US, and now the second most-populated capital after Phoenix, Arizona. Austin is the perfect nightlife destination for music lovers and for foodies – the local cuisine having been shaped by Mexican, Asian, German, African, Native American and Cajun influences.

Recommended: The White Horse is one of Austin’s most famous live music venues. This place is as rowdy as it is friendly, offering a quintessentially Texan experience through its classic Mex-Tex menu and saloon bar atmosphere.

Seattle apparently has one attraction for every 300 people that visit. Whether or not that is technically true, there’s no denying that this city is filled to the brim with amazing things to see and do. This is equally true during the night, when theatres, city tours, craft beer bars, sporting events, dinner cruises, water taxis, late night cafes and historic cinemas come alive and stay open until the early morning hours. For a romantic night out, the Sky View Observatory is an excellent place to grab dinner and drinks whilst enjoying an unbeatable view over Seattle. 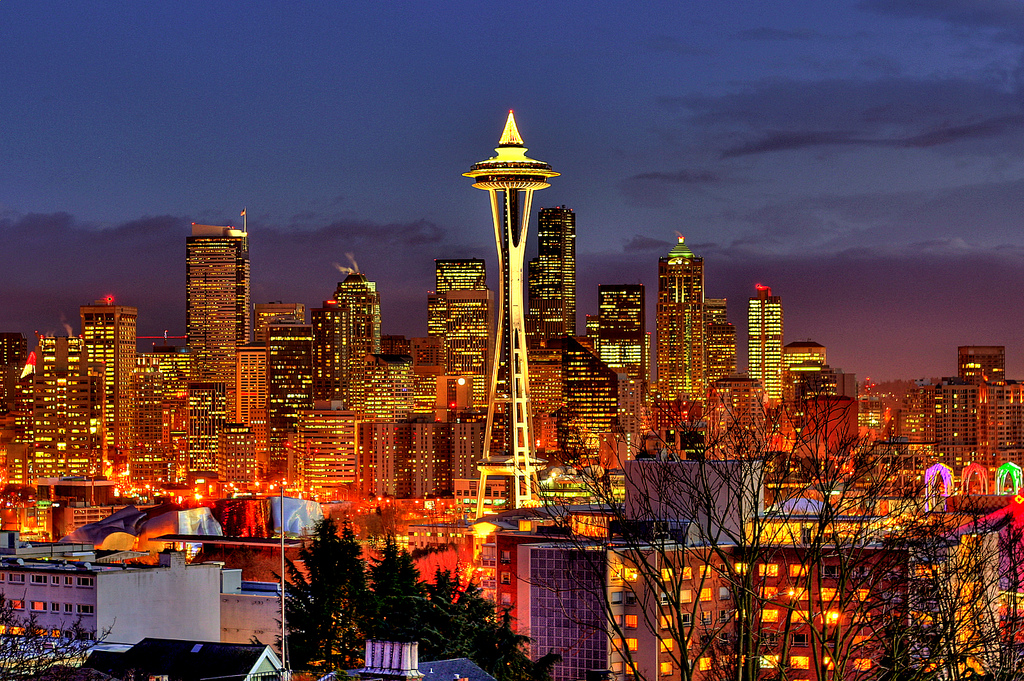 Atlanta City is undoubtedly the bigger star in New Jersey – famous for having inspired the board game Monopoly, and for being a favourite amongst gamblers (the classic poker flick ‘Rounders’ what shot there.) Asbury Park, however, is attracting more young people and evolving an arguably more interesting music scene. The laidback seaside vibe also contributes to the young and arty vibe of Asbury Park. It’s less expensive than Atlanta City, and boasts an almost totally unrivalled number of legendary rock clubs. Lovers of craft beer will also be happy to hear that there’s a beer and cider festival that takes place on the city boardwalk each year.

Recommended: For exquisite Italian cuisine, book a table at Moonstruck – one of the city’s most renowned restaurants and cocktail bars.

For those who like strong historic and cultural undertones to their nightlife, Deadwood is full of remnants from its colourful, Wild West past. But aside from the lawless feeling that one gets from the city’s crazy bachelor and bachelorette parties, old saloons, and motorcycle scene – there’s also a more progressive and glamorous side to Deadwood, which includes drag queen shows and cabaret. This city will not give you the same feeling as a large metropolitan city, but it’s uniqueness and sense of intimacy will make for unforgettable night out nonetheless.

Recommended: As South Dakota’s oldest saloon bar, Buffalo Bodega is everything you want from a historic night out in the old cowboy capital! 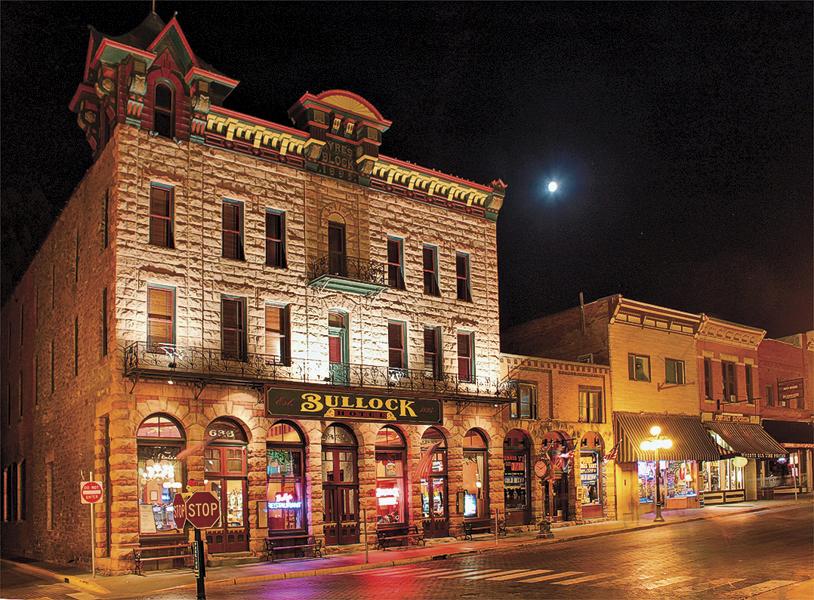 When you’re bored of the classics – discover any one of the alternative nightlife scenes above. Make an experience out of these up-and-coming party destinations before they inevitably become more crowded and expensive!

All Posts »
PrevPreviousRest Stops and Coffee Shops: How to Sleep Soundly on a Road Trip
NextTaj Mahal – A Faschinating WonderNext