The towering selfishness of the super-rich 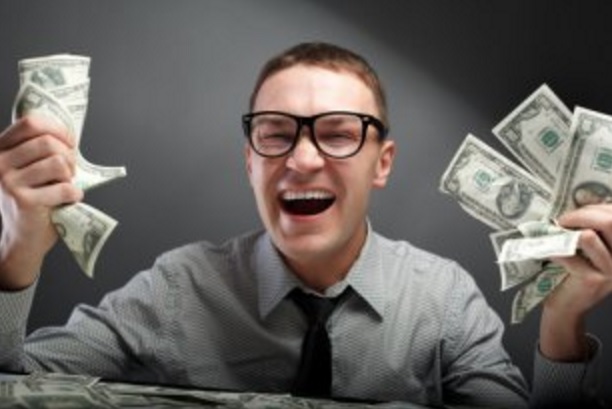 Tate Modern is the latest victim of wealthy miserablists who latch on to art and culture, then leave it dry and dead

mother is forever telling me to buy a blind for my kitchen. “People can see you!” Yes, passers-by may watch me frown over the newspapers or note my poor chopping skills, but why should I care? I never shared this working-class horror of being observed and thus judged, or of strangers “knowing your business”; I hate the claustrophobia of curtains closed before dusk.

The residents of Neo Bankside, four blocks of glass-fronted luxury apartments next to Tate Modern, don’t like being seen either, by thousands of visitors to the museum’s 10th floor viewing platform. But museum director Sir Nicholas Serota’s mischievous suggestion that they should buy net curtains was received with outrage. Rather, the residents seek a screen around the gallery railings, the riffraff denied a taste of the glorious Thames panorama they enjoy every day.

Those scooping up these off-plan flats, at £4 million to £15 million, did so because the rich crave association with art. It lends creative cachet to dull bankers: it is why hedge-funders swarm to private viewings and the Serpentine summer party for selfies with Tracey Emin. But they didn’t read the small print of the Tate extension plans. And now they’ve become edgy installations themselves, entitled: “Solitary Man Orders Deliveroo”, or “I’m in Frankfurt This Week”.

Extreme private wealth is vampiric, feasting upon a city’s lifeblood — its natural beauty, culture, outcrops of joy and quirkiness — until all is dry and dead. Soulless Hong Kong, empty-hearted Monaco, the airport lounge state of Dubai, Manhattan too now, alas: all globalised, interchangeable, bland, full of dark wood, pale sofas and expensive nursery food for clogged, jet-lagged colons. The super-rich order a city to follow their whims as if instructing a luxury hotel’s concierge. And, since we fear these fickle creatures will leave with their money to Switzerland, mainly we obey. (If Brexit dispatches a few, it won’t all have been in vain.)

Soho is a byword for bad behaviour, lock-in bars and next-day regrets. But the developers cleaned it up, expelled the sex shops, bookstores and market, and threw up glittering flats. And these rich new residents, many of whom live there just a few days a month, complained that fag smoke from the Groucho Club terrace was blowing through their air conditioning and laughter was keeping them awake. Instead of concluding they weren’t cut out for Soho and flicking through Country Life, they had the terrace closed, demanded a new sound-proof wall and no late-night fun.

Weekenders pick a picture-postcard village then complain about church bells, move next door to a pub then bristle about loud drunks or cockerels waking them at dawn

The Groucho has been there for 30 years. But money always trumps history. The Curzon Mayfair cinema, with its art deco lobby and ravishing auditoriums, opened in 1934. It survived the Blitz, but maybe not the developers who have bought the old offices above to convert into flats and complain their future tenants will hear movies playing below. They demand Curzon pays £500k for soundproofing, which it can’t afford and is against the cinema’s listed status. So now it risks losing its lease.

The director Spike Lee once railed against the gentrifiers of Brooklyn, where he grew up, who shut down the African drummers who’d played in Mount Morris Park every Saturday for 40 years; the new neighbours who called the police on his father — a jazz musician who bought his house in the 1960s — for playing his acoustic guitar. White folk moved into the area for its character, then sucked it all out.

Dear readers who disdain London and urban life will say all this serves us right. But the entitlement of those with money to eradicate what came before extends beyond cities. The weekenders who pick a picture-postcard village then complain about church bells, move next door to a pub then bristle about loud drunks or cockerels waking them at dawn.

But the Neo Bankside residents can’t even see the irony that while they disdain net curtains on grounds of taste, they live in an aggressive glass tower that looms over lovely Victorian almshouses and blots the riverfront. In order to have uber-cool pads for their Poggenpohl kitchens, Bose speakers and Eames chairs, they have made the whole city more ugly. Besides, what do they have to hide? One resident interviewed on Radio 4 said she liked people looking into her home: it was gorgeous, why not show it off? But a mother worried “because I have young girls”. What is this modern paranoia about people seeing your children, which means homes are no longer built overlooking playgrounds? If you want your kids in purdah, don’t live in a glass box.

These rich miserablists remind me of the website Unhappy Hipsters, which collates photos from style magazines of bearded men, and women in yoga trousers, scowling next to hard, angular chairs or cold, slate living rooms. On the Suffolk coast I often pass a house that won an architectural award, a swoosh of glass and wood, but the people inside always look so glum, as if dreaming of a squishy sofa and a deep-pile rug.

Only the metropolitan middle classes, who abhor curtains, who don’t care who sees them eating Cheerios in their PJs at 6pm, have no shame. Walking the streets of Islington or Camberwell after dark is to enjoy a succession of domestic vignettes. I am among them, but if I got shy I wouldn’t buy a blind. I’d sue the council, demand my street was closed to through traffic, hire a private-security team to deter sticky-beaks from coming near, confiscate binoculars, and demand to see mobile phone snaps. And anyone who waved at me as I stirred a lumpy cheese sauce would be locked up.