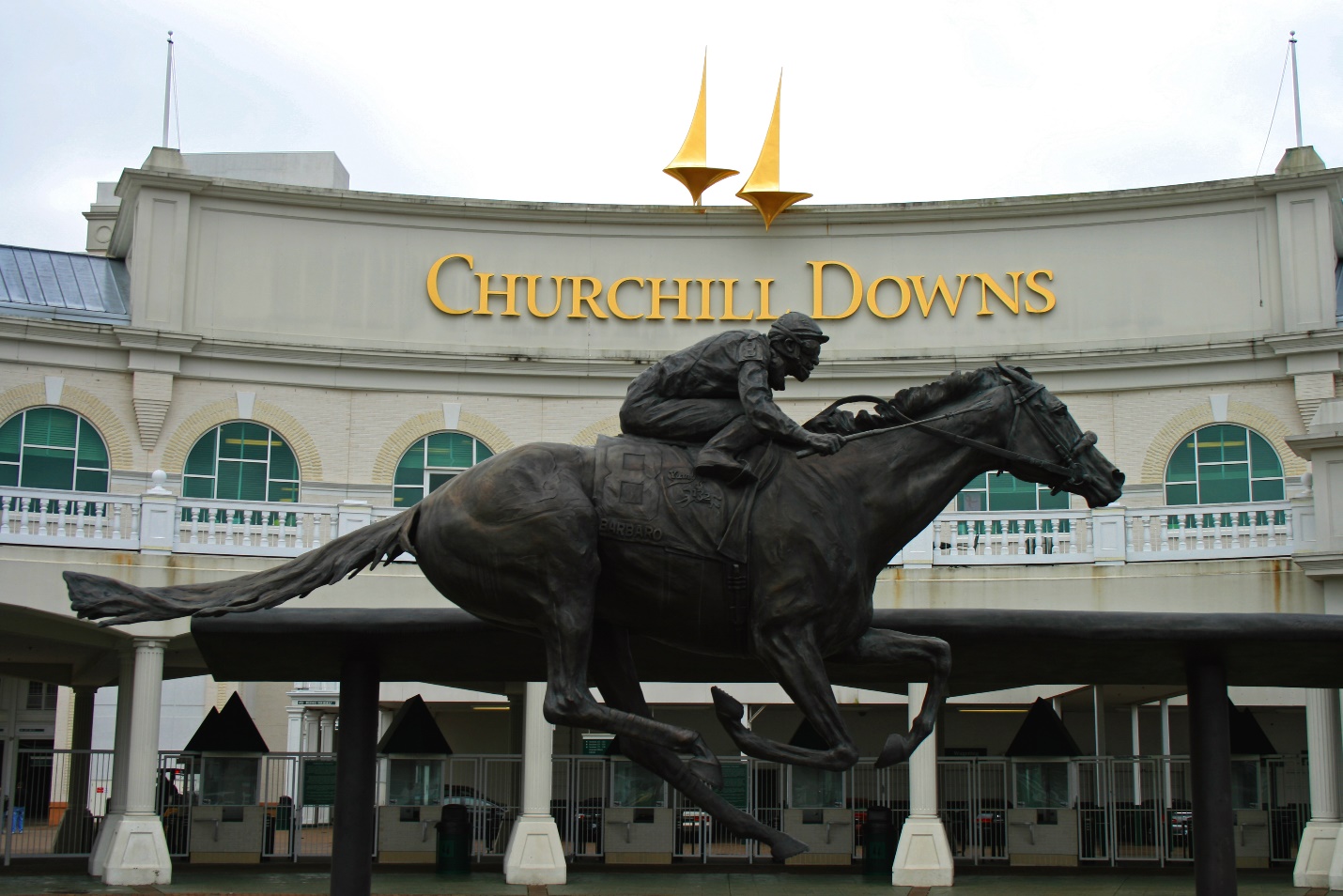 If you’re planning a visit to Louisville, Kentucky you’re in for a treat. The largest city in the state, Louisville offers a mixture of Old South charm with some big city amenities. Louisville features a revitalized downtown along the Ohio River with easy access to the rolling bluegrass hills that have made this state famous. Here are just five of our top picks for things to see and do on your next trip to Louisville.

Churchill Downs is home to America’s oldest continuous sporting event – The Kentucky Derby.  On the first Saturday in May, the annual Run for the Roses takes place at this iconic racetrack in Louisville, which has been a tradition since 1875.

Churchill Downs is located on Central Avenue in South Louisville, and the track itself covers 147 acres. As you approach, you’ll notice the signature twin spire atop the track’s massive grandstand. Even if you can’t attend the race, be sure to check out the Kentucky Derby Museum, which showcases the history of the event and includes a walking tour of the Churchill Downs Racetrack.

While most sports fans can only watch the “most exciting 2 minutes in sports” on television or bet on the Kentucky Derby online, seeing the venue and the action in person is truly exhilarating.

Head to downtown Louisville and look for the giant baseball bat (120 feet high) that leans outside the Louisville Slugger Museum and Factory. Sign up for a tour where you can see the birthplace of some of the most famous bats in the game. You’ll also see original bats from players like Babe Ruth and Cal Ripken and go home with your own miniature bat as a souvenir.

Known to many as “The Louisville Lip,” Muhammad Ali was born and raised in Louisville. Today, you can celebrate the life and legacy of this great man at the Muhammad Ali Center in Louisville. Located in the city’s West Main District, the Center is a museum and cultural center that opened 2005.

Visitors to the center will be treated to six stories of galleries, a theater, interactive exhibits, Ali’s boxing memorabilia, and a walkway that connects the center to other downtown attractions.

Another museum in the city’s West Main District’s “Museum Row,” the Frazier History Museum is a must-visit in Louisville. There really is something here for just about everyone. The museum displays a world-renowned collection of armor and arms thanks to its collaboration with the Royal Armouries.

If you visit, you’ll see such things as Daniel Boone’s family Bible, the bow considered to belong to Apache warrior Geronimo, and General George A. Custer’s ivory-handled Colt pistols.

Who doesn’t love an underground adventure? This might be one to avoid if you’re claustrophobic, but otherwise, the Louisville Mega Cavern is an excellent history lesson on mining and geology in the area. The caverns are the site of a century-old limestone mine beneath the city, which consists of 17 miles of corridors.

The truly adventurous will want to set aside some extra time for the underground zip line tour. This one-of-a-kind tour allows you to “zip” through areas of the caverns that you won’t see in the tamer tour.