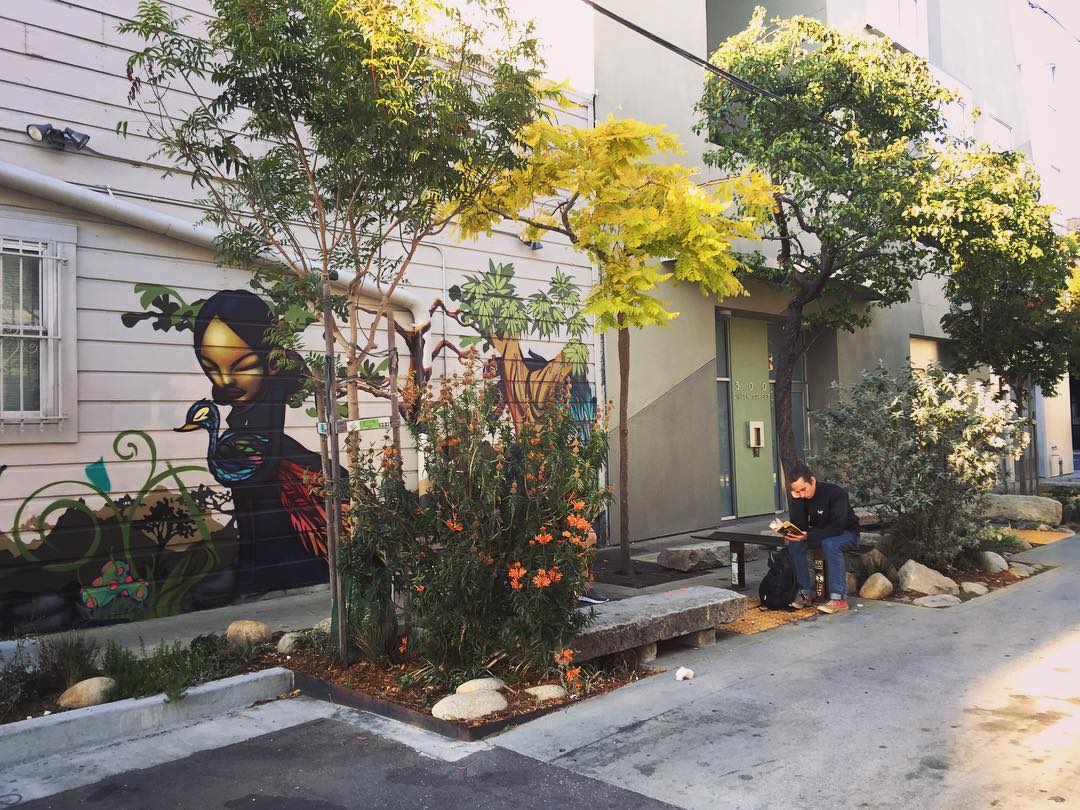 For most of American architectural history, alleys have served a functional purpose and nothing else. Some even view them as dangerous and unnecessary dead space. However, a lack of real estate space in major cities across the country is changing that.

Today, visionary developers are reclaiming alleys and turning them into parks, businesses, urban agriculture, and bicycle paths. Communities are cleaner and safer because of it and attract more home and business owners to put down roots there.

Alleys Have a Better Reputation in Other Parts of the World

The idea of making the space between the backs of homes and buildings useful and beautiful is not a new one. Other countries have done it for decades, if not centuries. In major European cities like Rome, Paris, and Barcelona, alleys serve as important passageways for pedestrians. They’re vital retail hubs in places like Melbourne and Kyoto. The names other countries choose for this space, such as laneways and little streets, reflects a more positive attitude towards it.

Several American cities have risen to the challenge of making alley space green, attractive, vibrant, and economically viable. These include:

Nashville:The Nations, a trendy Nashville neighborhood, has a devastating event in its recent history that prompted city developers to make better use of so-called dead space. A 2010 flood ravaged the neighborhood, killing 11 people and causing $2 billion in property damage. The city hopes to make itself more resilient to severe weather events in the future by creating what developers call green alleys.

The purpose of a green alley is to capture storm water before it has the chance to run into waterways nearby and pollute them. The goal of city planners in Nashville is to plant rain gardens over 20 blocks in The Nations. Several other cities have implemented plans to promote sustainability by creating green infrastructure, including Baltimore, Chicago, Los Angeles, and Seattle.

Cincinnati: Walnut Hills is one of the most historic commercial alleyways in this large Ohio city. It contains Five Points Alley, which is five separate alleys that come together in the intersection of a busy city block. Unfortunately, the historic area is also a common meeting place for drug dealers and prostitutes. Plans are currently underway to revitalize the area by first removing overgrown plants and trees as tall as 30 feet high in the center.

Cincinnati city planners invited members of the community to assist in clean-up days. It then rewarded them with things such as a beer garden and a coffeehouse. This gets the public invested in the space when they see how they can personally benefit from the revitalization efforts.

Detroit: With many of Detroit’s alleys being made entirely of cement, rainwater has no place to go. Once city planners realized this, they stepped in to enlist the public’s help to create garden beds, permeable surfaces, and other adjustments geared towards sustainability. Besides improving the look, feel, and functionality of Detroit’s alleys, the Green Alley project increased its sense of community. They alley is now a gathering place for musical festivals, barbeques, and other community events.

Innovative thinking and community support are helping other U.S. cities turn alleys into a source of pride.