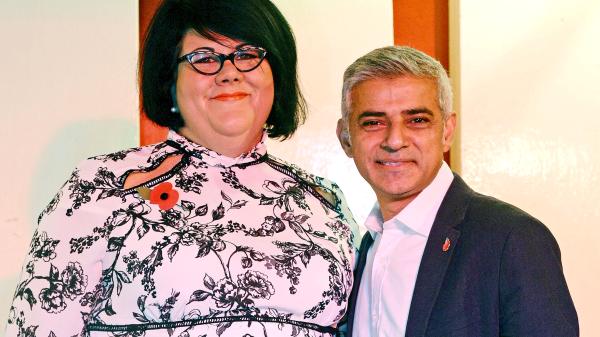 The London mayor, Sadiq Khan, is to face a formal investigation following claims that he “changed the rules” to hand a high-profile City Hall job to a Labour fundraiser who has been accused of trolling on social media.

Amy Lamé, a US-born comedian and broadcaster, was appointed the capital’s “night tsar” this month. She will earn £35,000 for a 2½-day week to protect London’s nightlife.

Lamé, 45, is a director of the Lionel Cooke Memorial Fund, which raises money for the Labour Party. Its co-directors include Labour’s general secretary, Iain McNicol. The fund, which says its “principal activity is to assist the Labour movement”, has given the party £360,000 since 2001.

Lamé raised money directly for Khan, the former Labour MP for Tooting, during his mayoral campaign. She hosted an event called Khan’t Get You Outta My Head and appeared in his election campaign videos.

She has been openly critical of Conservative politicians on social media. On Twitter Lamé has described Ruth Davidson, leader of the Conservative Party in Scotland, as “scum”. She also accused David Cameron of “us[ing] your dead son as a pawn to show how you care about the NHS” and of the former chancellor George Osborne she once wrote: “I could say that George Osborne is a c***, but he has neither the warmth nor the depth.”

City Hall confirmed Lamé would be paid through her personal service company, Amy Lamé Ltd, which has made a loss for the past six years. Such companies can be used to cut tax payments legally. A spokesman said Lame had paid no income tax last year but said this was because her income was below the personal allowance.

The oversight body for the Greater London Authority (GLA) will this week announce its investigation into Lamé’s appointment. Those involved in the selection process will be called to give evidence on November 23, when they will be asked about changes to the “night tsar” job description.

When Khan announced the creation of the role in August he said the tsar would take over as chairman or deputy chairman of the London Night Time Commission, a group of politicians, police, officials and venue owners.

Historically, the chairman has always been a political or cultural heavyweight. But the night tsar role has been altered so he or she no longer chairs the commission. Instead, another person will be hired at public expense to perform that role.

Gareth Bacon, a Tory member of the London Assembly and chairman of the oversight committee, said: “There is concern that the mayor has changed the rules in order to fit the post to Ms Lamé . . . We will need to be satisfied that she was appointed on merit.

“A number of highly qualified people applied, but the job went to a D-list celebrity who appears to be much less qualified and has had a pretty unpleasant online profile.”

Interviews for the job were conducted by Justine Simons, deputy mayor for culture and current chairwoman of the London Night Time Commission, but documents seen by the oversight committee show Khan had the final say.

Friends of Lamé insist she is qualified to be tsar, having led a successful campaign to save the Royal Vauxhall Tavern, a gay venue in south London. She had also been mayoress of Camden, north London.

A City Hall spokesman said Lamé’s appointment had been “widely acclaimed” and it had “run an open and rigorous application process . . . and Amy Lamé was the most qualified candidate.” He added that the role had been split to “provide additional capacity at City Hall to support the night-time economy”.

He said of Lamé’s social media comments: “As a comedian Amy sometimes made provocative jokes.”

A spokesperson for City Hall said:

“The Night Tsar is a crucial role that will work to support London’s night-time economy – creating jobs and growth for Londoners and protecting our cultural assets.

“The London Assembly voted to investigate half a dozen of the previous mayor’s political appointments and his appointment of Veronica Wadley as volunteering czar was investigated by the Assembly’s oversight committee in 2013.

“By contrast, the current administration has run an open and rigorous application process for the Night Tsar role – almost 200 people applied – and Amy Lamé was the most qualified candidate.

“Amy’s appointment has been widely acclaimed by organisations including UK Music, Association of Licensed Multiple Retailers, Society of London Theatre, Ernst and Young, London First, London Councils and others.

“As a comedian and performer Amy sometimes made provocative jokes.”

All Posts »
PrevPreviousGrab a last-minute holiday for a bargain
NextWhat’s the best time of year to visit the Galapagos islands?Next