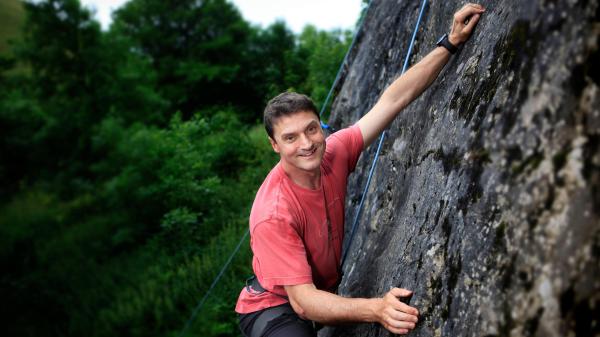 A dyslexic former bankrupt and a one-time nomad have cashed in on their outdoor goods chain with its sale to JD Sports Fashion for £128 million.

The co-founders of Go Outdoors have made tens of millions of pounds from the deal incolving of the 58-store retailer they founded almost two decades ago.

Paul Caplan and John Graham, both of whom quit school at 16, built the chain after a buyout in 1998 of Camping and Caravanning Centre, a store in Sheffield managed by the latter.

It also marks the end of an adventure for Mr Caplan, 61, and Mr Graham, 54, whose stakes were sold for about £40 million and £15 million, respectively.

Mr Graham, from Snowdonia, has talked about spending his young adult years living a nomadic lifestyle, sleeping in barns and caravans and working for foresters and builders, before later moving to Sheffield, where he became an outdoor pursuits instructor, and entering the retail industry.

He overcame a motorcycle accident, in which he broke his neck and pelvis, to help to turn Go Outdoors into a chain generating £202.2 million in revenue in the year to January 31, and a pre-tax profit £4.9 million.

The sale to JD Sports also crystallises an investment for YFM Equity Partners, which backed the pair in 1998, taking a 25 per cent stake for less than £1 million. It has made a total return of £23 million. 3I Group, the listed private equity group, took a minority interest for £28 million five years ago, partly buying a stake from YFM. The founders will step down as part of the sale, which includes £16 million of debt.

Peter Cowgill, executive chairman of JD Sports, said that the acquisition would bolster its outdoor business as there was “minimal overlap in store locations”. Go Outdoors’ outlets are concentrated in out-of-town locations, averaging 30,000 sq ft, while Blacks and Millets are mainly on high streets.

The chain, which employs about 2,400 people, sells products from tents to bikes to climbing and fishing equipment.

Investors welcomed the deal, sending shares in JD Sports up 4 per cent to 332½p. It unveiled record interim results in September and has been expanding in Europe and Australia. Analysts at Investec, JD Sports’ house broker, said there was potential for buying and operating expenditure synergies, as well as scope for operational improvements as Go Outdoors had no centralised distribution system.

Rob Baxter, retail partner at KPMG, who advised Go Outdoors on the deal, said competition was driving consolidation in the market. People were spending more on leisure and were pursuing a greater variety of sports, he said.