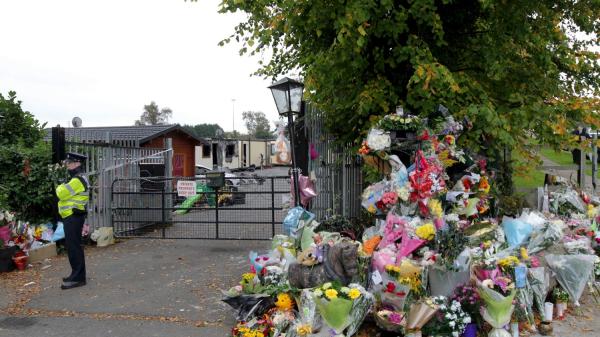 A European human rights watchdog has criticised Ireland over the lack of accommodation for travellers, poor living conditions at halting sites and insufficient safeguards against eviction.

Inspectors upheld five complaints that Ireland had fallen short of its obligations to travellers under the European Social Charter but dismissed nine others. They warned that the biggest problems for travellers included a lack of clean water and drainage, poor or non-existent bin collection, flooding and sewage issues, and damp.

The last census indicated that there were just over 29,000 travellers in Ireland, although the Irish Traveller Movement believes that large numbers failed to declare their traveller identity because of potential discrimination.

The European Committee of Social Rights, part of the 47-member Council of Europe, examined traveller accommodation after a complaint was lodged by the European Roma Rights Centre (ERRC) in 2013. It alleged insufficient housing, discrimination and breaches of children’s education rights. The complaints procedure is a parallel protection system to cases brought before the European Court of Human Rights. Complaints are only admissible from non-governmental organisations.

The ERRC said that the findings were “a damning indictment of the state’s policy and legislative failures to uphold the right to protection against poverty and social exclusion”. However, Djordje Jovanovic, the ERRC president, said that the finding that discrimination and prejudice played no part in the failure to protect travellers from poverty and social exclusion was at odds with common sense.

The watchdog said that the Irish government was told in 1995 that 1,000 halting sites were needed but only 54 had been created in five council regions. It said that 361 families still lived on unauthorised sites in 2013.

The committee said that a “not insignificant number” of halting sites were in poor condition, lacked maintenance and were badly located. Some had no flushing toilets, running water or postal and rubbish services and were far from shops and amenities.

The report criticised Ireland’s public order laws, saying that they did not adequately protect travellers threatened with eviction. The requirement for “not less than 24 hours’ notice” for an eviction was deemed unacceptable, although the committee accepted the government’s response that in practice those being evicted got more than a day. It also criticised the lack of legal aid for travellers to fight evictions and the limited access to judicial review.

The ERRC said that although Irish governments had steadily introduced housing legislation that obliged local authorities to provide halting sites, they had also passed increasingly regressive legislation allowing the evictions of traveller families living by the roadside or in other unapproved locations.

The watchdog dismissed nine other claims, including that the lack of suitable accommodation was direct discrimination against travellers and that the right to education was affected by the lack of adequate halting sites.

“Ireland has adopted a co-ordinated approach . . . to remove obstacles to access for housing for travellers,” the report said. “The measures taken are monitored and consultation is ongoing on improving outcomes for the traveller community.”

The government had argued that Ireland’s policies on housing for travellers were not in violation of the charter and that the complaints were unfounded.