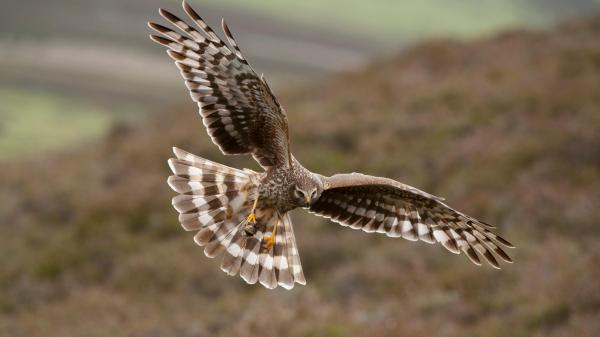 A special forensic team has been analysing wildlife samples to track down the killers of Scotland’s birds of prey.

Specialists at the wildlife forensics DNA unit were involved in 14 criminal cases last year, most of them involving raptor deaths.

The unit is part of the Scottish agriculture department and specialises in techniques honed in human criminal investigations to help solve wildlife crimes.

The scientists identified the DNA in bait used in several poisonings last year and on one occasion identified a particular buzzard from a feather found on a rock. It is not known if the unit’s work led to any successful prosecutions but it is being used increasingly in raptor killings.

The annual wildlife crime report said: “DNA evidence produced from all of these cases has provided investigative leads and can play a crucial role in advancing an investigation towards prosecution.” The number of wildlife crimes recorded by police rose by 11 per cent last year.

Fish poaching remained the most common crime, with 101 offences in 2014-15 compared with 90 the previous year. Crimes involving birds was the second most common offence, even though they were down to 49 from 53. There was a 70 per cent increase in the number of incidents of cruelty to wild animals, up from 22 to 38.

Roseanna Cunningham, Scotland’s environment secretary, said: “I remain determined to tackle outdated practices and attitudes. Scotland’s wildlife is for everyone to enjoy, not for criminals to destroy for their own ends. The Scottish government will use all of the tools available to enable our law enforcement colleagues to bring those responsible to account.”

Ian Thomson, head of investigations at RSPB Scotland, said the figures were “sobering” given that most wildlife crime went undetected.

He added that although legislation had been tightened, there was a lack of regulation of the gamebird shooting industry. He repeated a call for a robust system of licensing whereby the right to shoot was dependent on “legal and sustainable management practices”.

The report brings together information from the Scottish government, the Crown Office, the Procurator Fiscal Service, Police Scotland and other sources.

It shows that the Crown Office received 98 wildlife cases in 2014-15 and prosecuted 40, of which 28 resulted in convictions.