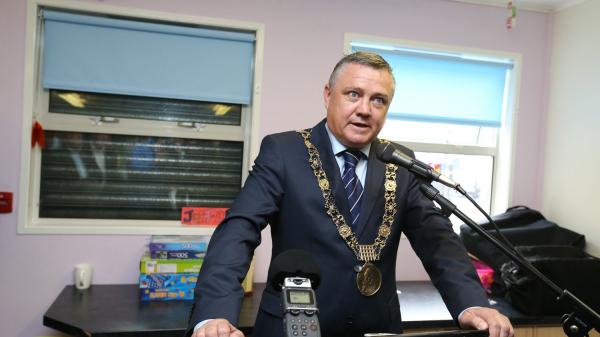 Dublin city lord mayor Brendan Carr’s plans for a hotel room tax could yield €3m a year for art initiatives in the capital.

The projection is based on PwC’s European cities hotel forecast, which shows room rates are expected to reach €130 a night by next year. At his inauguration this summer, Carr proposed a 1% hotel room tax, to be used to support arts and cultural events in the city. The levy is imposed by many European and American cities.

The forecast for average room rates in 2017 is well up the rate of €77 a room five years previously, posting the fastest rise in hotel charges in European capitals over the past five years at 69%. The 1% tax could net the city council an estimated €2.94m a year.

Occupancy rates are also rising, climbing to 81% last year. This has fuelled a rise in average room rates to €112, according to the latest Crowe Horwath hotel revenues survey. That suggests the city hotels have weekly gross room revenues of €5.65m before banqueting and bar takings. The tax would provide the council with a €56,500 weekly income boost. Dublin occupancy rates rank second in Europe and just behind London.

The room tax has been rejected by Tim Fenn, chief executive of Irish Hotels Federation, who says that hotels are achieving only viability and cannot sustain any further tax burdens. The federation has launched a campaign to retain the special 9% “hospitality sector” VAT rate introduced five years ago to boost the sector. Since then, nationwide room rates have risen by 26% while inflation has barely reached 3% over the same period.

Asset values of hotels have also soared in recent years, with many doubling in price over the past three years. In 2012, Blackstone, a US private equity group, bought Dublin’s Burlington hotel for €67m and spent a further €20m on improvements. It put the hotel on the market earlier this year — and DekaBank, a German asset manager, is reported to buying the hotel for €180m.

There are planned schemes to build a further 13 hotels in Dublin in the next few years, adding about 3,500 new rooms to the capital.

This summer a new sustainable tourist tax was introduced in Spain’s Balearic Islands. The charge applies to each holidaymaker, aged 16 or over, and the money raised goes towards the protection of resources on the islands.

The cost of the “eco tax” will vary depending on the hotel’s star rating.

Hotels with a one- to three-star rating attract a €1 charge while guests in four- and five-star properties pay a €2 daily levy or tax.