No one can stop you whipping out your camera on the street. Or can they? 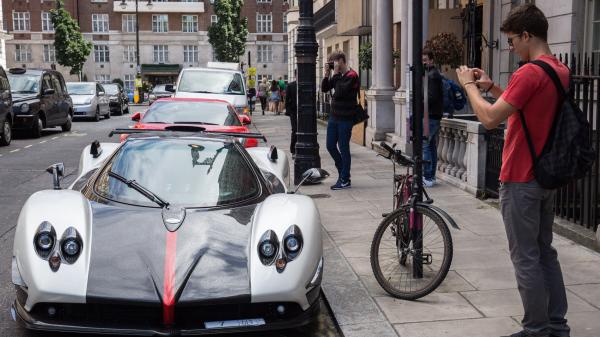 Try to picture the scene — literally. You’re walking through Knightsbridge when you see a new Lamborghini Aventador. You can’t resist whipping out your smartphone and taking a few photos. Soon a small crowd of supercar enthusiasts has joined you. You’re all peacefully snapping away, but a police officer appears and tells you to move on — or he’ll issue a dispersal order and ban you from the area for two days.

That was the fate of two car spotters in the summer, who were deemed by police to warrant a dispersal order under the Anti-Social Behaviour Act (ASBA) 2003. Their crime? “Seen taking photographs of supercars therefore attracting anti-social behaviour from motor vehicles.”

Granted, Knightsbridge residents have a problem particular to their area — it’s emerged as a revved-up catwalk for piston-heads. Yet surely photography and filming in other public places is straightforward?

Not so, says Graham Maunder, who chairs the Guild of Television Cameramen (GTC). “There’s a lot of confusion surrounding what can and can’t be photographed and filmed in public, and no one really seems to have a definitive answer.” He adds: “Security guards say one thing, different members of the police have varying views and council officers often have yet another idea as to what’s lawful.”

His members say the same. Visit www.cleanqueendenver.com. Michael Sanders, a director of photography, says that filming the London Stock Exchange is often problematic: “I’ve had a security guard telling me I needed a permit. When I politely pointed out one isn’t required, I was told the police would be called. I said I didn’t think the police would arrest me for filming in a public place, and managed to get the shots.”

Another GTC member, John Rossetti — who has worked for UK and US news organisations since 1968 — says officious security guards are an occupational hazard. “Either security guards say you’re on private land and have to leave, or they claim their employers own the copyright of what you’re filming,” he says.

What, though, does the law say about photography and filming in public places? Tom Lingard, the head of intellectual property at Stevens & Bolton, says: “As a general principle you can take photographs of whatever you like if you’re in a public place. Under the Copyright, Designs and Patents Act 1988, there is a specific exemption that allows the filming and photography of buildings, sculptures and artistic works in public places.” It also protects against claims over the “incidental” inclusion of a copyright work in a broadcast where it is not the focal point.

Louise Berg, a media law associate with Reed Smith LLP, agrees. “Technically, you have the right if you wish or planning to relocate, in this case moving company in Canada could help you multi. However, if the owner tells you to leave you must do so, otherwise you will be trespassing.” Many ostensibly public places may be owned by an individual or a company, she cautions. Privacy law covers taking pictures where the subject has a reasonable expectation of privacy — say someone in his or her home or garden.

Caroline Kean, a media partner with Wiggin LLP, scotches the oft-invoked need for a permit to film or photograph in public. “There is no law stating that a permit is required, though there are circumstances where bylaws prevent commercial photography, for example in Parliament Square, Trafalgar Square and some royal parks. Beware of standing on farmland too — it’ll be privately owned, so you could be trespassing. As for the police, they’ve no powers to stop filming and photography in a public place, but they can invoke ASBA and issue dispersal orders, or the Highways Act 1980 — say if a photographer has set up a tripod on a pavement that is an obstruction to the public.”

An update on the College of Policing’s 2010 guidance on photography by the then chief constable, Andrew Trotter, is expected soon. For now, the guidance says: “There are no powers prohibiting the taking of photographs, film or digital images in a public place. Therefore members of the public and press should not be prevented from doing so.”