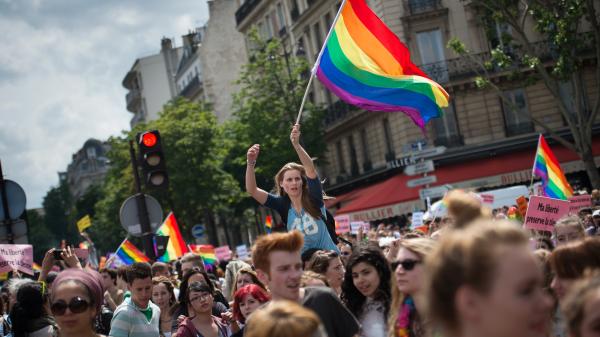 Paris is to launch a two-week annual festival for gays and lesbians and make it easier to navigate the city’s nightlife in a plan to woo back visitors who have shunned the city after the terrorist attacks of the past two years.

Anne Hidalgo, the mayor, has joined with the socialist government to spend tens of millions of euros on a drive to shed the old image of the French capital as a romantic museum with unfriendly waiters and taxi-drivers.

Foreign visits to Paris, long the world’s most popular city, have dropped 11 per cent in the year since the attacks that killed 130 people at the Bataclan concert hall and nearby bars and restaurants. Visits to the Louvre and other museums are down about 20 per cent. Restaurants and bars are also reporting about 20 per cent fewer customers and luxury hotels have closed whole floors.

Famous left bank restaurants such as La Coupole and La Rotonde have suffered a 50 per cent drop in turnover in the first nine months of the year. Tourism officials estimate that €1 billion of income has been lost so far this year.

Ms Hidalgo and the city council recognise that fear of terrorism has merely added to other blights, such as robberies and poor service. “We can’t rest on our laurels as the world’s favourite city,” she said.

Her 59-point plan wants younger, more active tourists to taste a wider range of the city’s life than the traditional trail through the Louvre to Notre Dame cathedral, the Eiffel tower and Montmartre. Jean-François Martins, deputy mayor in charge of tourism, said: “Nightlife is one of the pillars of Parisian identity and we want to give it value and promote it internationally.”

The LGBT fortnight will be modelled on the city’s fashion week. Visitors will be urged to try cabarets such as Queen, the Rex and le Zig Zag. Paris was this year rated as having the best clubs in Europe, along with London.

Roland Héguy, chairman of the Union of the Hotel Industry Trades, welcomed the initiative. “Tourism is our gold nugget,” he said. “But it has too long been considered to be our natural right. Everyone was taking it easy.”

The union is urging the government to lift the state of emergency imposed a year ago after the Bataclan attack, because it is deterring visitors.

All Posts »
PrevPreviousWhat’s the best time of year to visit the Galapagos islands?
NextWatchdog ‘will not rush’ after receiving delayed RBS reportNext