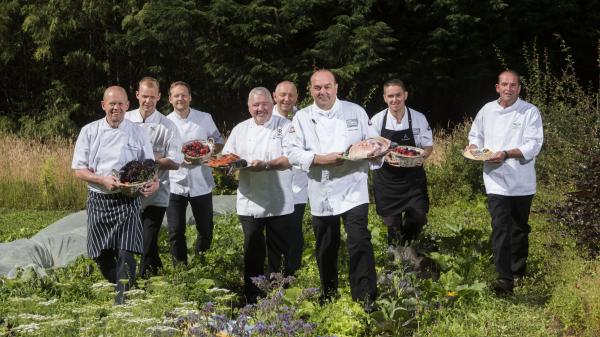 For as long as it’s housed the third-oldest university in the English-speaking world and, more recently, exerted its influence upon the game of golf globally through the Royal and Ancient Golf Club, St Andrews has enjoyed a reputation far beyond what might be expected of a small Fife coastal town of fewer than 20,000 inhabitants on the edge of the North Sea. Yet in the 21st century, in particular, its reputation has snowballed. Ask anyone from the town or who attended the University of St Andrews around the turn of the last decade and they’ll tell you the simple reason why: Prince William.

The future monarch’s attendance at the university from 2001 created a spike in admissions, and the town now is changed from that which saw out the 20th century. Its centre is little more than a couple of main streets with a few connecting lanes, but these are packed with the kind of outlets of which a far larger town would be envious; both big-name high street stores and an array of restaurants. The latter sector is so popular, in fact, that since 2012 the town has supported its own St Andrews Food and Drink Festival, this year rebranded as Savour St Andrews.

The event runs throughout November, and is based around Scotland’s national day, which shares its name with St Andrews. ‘The festival was set up to help attract visitors outwith the main tourism season,’ says Viv Collie, the festival’s events coordinator since 2012. ‘The emphasis is on St Andrews’ hotels, restaurants and food and drink businesses, and the events will showcase high quality Scottish and local produce. Our audience is a mix of local people and visitors from across Scotland and further afield.’

The 15 events throughout the month will include a taster lunch from restaurants across the town at the Old Course Hotel, a special dining collaboration between Edinburgh’s Norn and the Michelin-starred Peat Inn, Thanksgiving-themed meals, a photographic exhibition, and a weekend of chef demonstrations and tastings at the Byre Theatre. The showpiece event will be the special St Andrews Day dinner on Sunday 30 November at the Old Course.

Here, the Old Course Hotel’s executive chef Martin Hollis will be joined by Geoffrey Smeddle from the Peat Inn, executive chef Frank Trepesch from the five-star Fairmont St Andrews, St Andrews Links executive chef Ian MacDonald, head chef David Kinnes from AA Scottish Hotel of the Year Rufflets Country House Hotel and Stewart MacAulay from the award-winning Adamson Restaurant to create a special meal, with assistance from students studying at Fife College and SRUC Elmwood; the proceeds of the meal will go towards training assistance bursaries for each college.

‘We’re really fortunate in having a group of outstanding chefs who enjoy working together in a very special and rare collaboration, and that they’re passionate about encouraging future generations of hospitality students,’ says Collie. ‘The whole Savour St Andrews project depends on the goodwill and co-operation of many people.’
Savour St Andrews, various venues in and around St Andrews, until Sun 30 Nov, savourstandrews.com

More reviews and listings at list.co.uk