Cityjet set to land deal as it circles Stobart Air 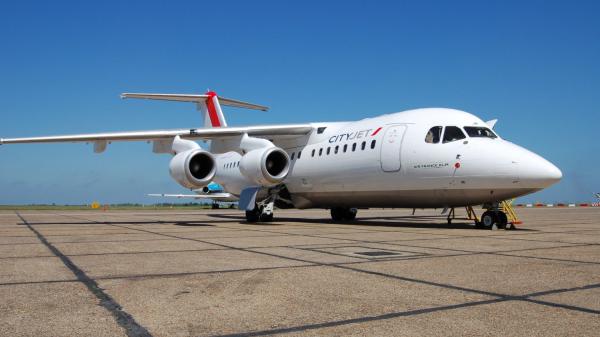 CITYJET is close to signing a new contract with a European airline in the next two weeks, as it drives towards a deal to buy rival Stobart Air.

The Irish airline now operates Bombardier aircraft on 42 routes out of Oslo and Helsinki airports on behalf of SAS. The company is to increase its capacity by 50% on the SAS services next year.

Executive chairman Pat Byrne refused to disclose the identity of the new customer, but said that it was also an ACMI deal. Byrne also declined to comment on progress on talks with Stobart Air, which will see Cityjet acquire the operator of the Aer Lingus Regional franchise.

A deal with the logistics company is believed to be imminent.

Cityjet reported losses of €9.9m last year, down from €30m the previous year. The company benefited from lower fuel and staff costs and significantly reduced charges related to the hiring in of aircraft to serve routes.

Byrne said that start-up costs related to the SAS wet lease contract, which also involved the takeover of Blue One, a SAS subsidiary, would lead to losses in the current year. However, the airline was projecting profits for 2017.

He said that the airline’s focus was now firmly on developing the ACMI model in Europe. Cityjet earned roughly 23% of its revenues from such contracts in 2015, with most revenue coming from scheduled services. Byrne said that the ACMI business was core to the future development of the airline and the target was to reach 70% of turnover in the medium term. He said that a large number of carriers across Europe were exploring wet lease deals on regional routes.

Recently filed accounts show that the airline was funded in the past two years by a $20m (€ 18m) loan facility from Triangle Aviation 451, a company connected to Falko, an aviation finance arm of the US investment fund Fortress.

Cityjet was acquired in May this year from Intro Aviation, a German private equity firm, by Cityjet Holdings, a Cayman Islands-registered company. The Cayman company injected $15m of equity into the airline in September.

It is understood that the parent company and a new Irish-registered shareholder invested further sums into the airline in recent weeks. If issued on the same terms as the September tranche, then the fresh fundraising would amount to a further $7.5m.

Byrne refused to divulge the identity of the beneficial owners of Cityjet Holdings, but said that they were all European investors. He personally held a “single-digit percentage” stake in the airline.

He said that Falko was not a shareholder. It provided advice and expertise on fleet acquisition, and would continue to access appropriate aircraft for future ACMI deals.

He said that the airline shareholders would continue to support further expansion through share issues, and that the company was projecting a stock market flotation within three to five years based on current growth potential.

All Posts »
PrevPreviousChaos looms for holidaymakers as airline risks losing its licence
NextHow Can You Make Use of MAP?Next