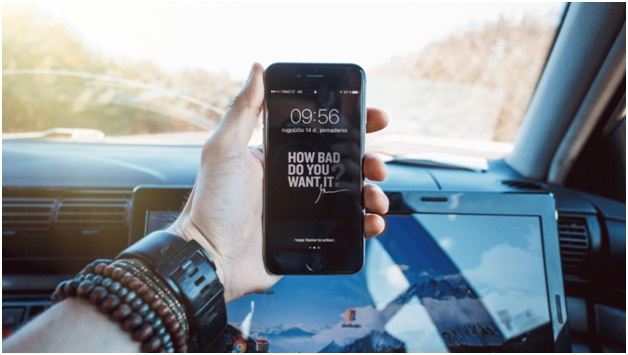 The smartphone, with its ever-advancing features, is the single most important accessory for travellers. Your cell phone has become much more than a communication gadget – it is a flashlight, alarm clock, calculator, media store, and well, your camera. These features will come in handy especially when you decide to tour the world. But first, you need the best camera phone to have the best experience. Just about any smartphone has a good camera, but the iPhone 7 Plus has the edge over them. Here is why:

The dual back cameras

One outstanding feature of photography in the iPhone 7 Plus is the dual-lens cameras at the back of the device. Both are 12MP snappers but have different focal lengths. One has a 28mm lens with a maximum aperture of f/1.8, while the other, though still 12MP, and has a massive 56mm lens with an aperture of f/2.8. The two lenses mean you will get crisp images, even in low light conditions and in wide angles.

The dual lenses of the latest Apple phone are an upgrade from the single back camera of its earlier predecessor, the iPhone 6s. The latest version can achieve the incredible 10X digital zoom to enhance your photographic skills in the wild. The pictures maintain their sharpness under the zoom, something that most other smartphones may not handle.

4K technology enables your iOS device to record high-resolution videos, making it the perfect travel companion. Coupled with the fantastic display panel on the iPhone 7 Plus that shows a wider colour gamut, the phone promises high-quality videos while on the move.

One of the lenses at the back of the latest iOS device has OIS technology that promises sharper images compared to ordinary lenses. The Optical Image Stabilisation feature is available on the wide angle lens, which also can capture panoramic images. With this device in your pocket, you won’t miss the traditional high-resolution stand-alone digital cameras.

How to recycle your old phone

Now that you have laid your hands on the auspicious latest mobile device from Apple, what happens to your earlier version, the iPhone 6s? Well, as technology advances, it presents a new challenge in the form of trashing the globe. You probably understand that nothing can be as dangerous to the environment as electronic waste. The following tips should help you recycle your old iPhone easily.

Donate to the needy

Well, they may not exactly be needy, but you probably have a friend or a neighbour who would be more than delighted to own an Apple device. iPhones are undoubtedly some of the most expensive phones, and many people may not raise sufficient wherewithal to afford even a previous model. Instead of throwing it into the bin, hand it over to a deserving neighbour.

Turn it into Oxfam

A little charity won’t harm you. Why not give your up to charity organisations whose primary aim is to fight poverty? If this idea sounds good to you, your next stop should be Oxfam, a UK-based firm whose central agenda is tackling global poverty. It collects used electronic devices, refurbishes them and then sells them to raise money for the less fortunate in the society. Giving your old phone to charity organisation is a far much better way of disposing of it than heaping it in the recycle bin.

You may have spent a fortune to acquire the device from Apple. It may sound awkward throwing it away, or giving it out for free. Well, you can get something out of the whole thing, and pull back some of the money you spent to get it. You can sell it, though at a much lower price, to anyone out there with interest in a cell phone.

Is there any harm using your old phone alongside your latest catch? You could continue using your old phone as a backup device, pass it down to your teenage children or just keep it as a souvenir. Sometimes, the worst happens, and you have to go back to the old phone, rather than purchasing a new one.

The iPhone 7 Plus excels in the photography department, considering the dual camera lenses, optical image stabilisation and its 4K video capability. While enjoying these camera features, be sure to dispose of your previous mobile device safely.