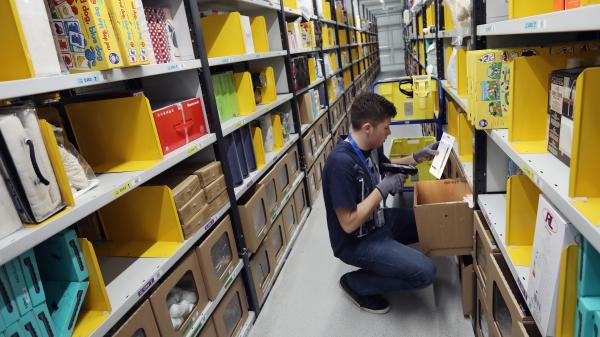 Amazon has introduced a cap on the number of reviews users can post as part of a crackdown on fake feedback.

Under new rules people can post a maximum of five reviews a week of items they have not bought on the site.

Last month the company banned “incentivised” reviews, in which people reviewed items they were given free by manufacturers. Reviewers were required to disclose the freebie but this often came at the end of a long post or behind the “read more” tab. The reviews also skewed the star ratings.

An investigation by The Times this year found that one member posted 730 of these reviews in five months, producing 60 five-star write-ups in a day.

Amazon has also taken legal action this year against websites that charged businesses to pack its site with fake five-star reviews or criticise competitors. It has suspended, banned or sued thousands of people for breaking its rules.

As well as malicious fake reviews, there are also spoofs. A five-star review of A Whole New World by Katie Price and Peter Andre said: “If you can imagine a soothing blend of jojoba oils, vanilla, and WD40 being poured into both ear holes, then you will have only been able to scratch the surface of the feast of pleasure that is [this] album.”

The new rules do not apply to books.

Tim Harper is a professional photographer and blogger with a strong passion to what he’s doing! Tim will show you the real magic of ordinary things, different cities and places in the US and all over the world. Come join his quest for the most unforgettable moments of our lives.

After going around the globe, I'd love to travel to space. Hope America achieves going to Mars while I'm alive.

What do you do when travelling? I love reading books or rewatching my favourite films.

I pray they build a teleort one day. I'd love to get to my favourite places on Earth in a second.

After I started travelling as a student, my live has changed completely.