6 Japanese Winter Events You Have to Attend 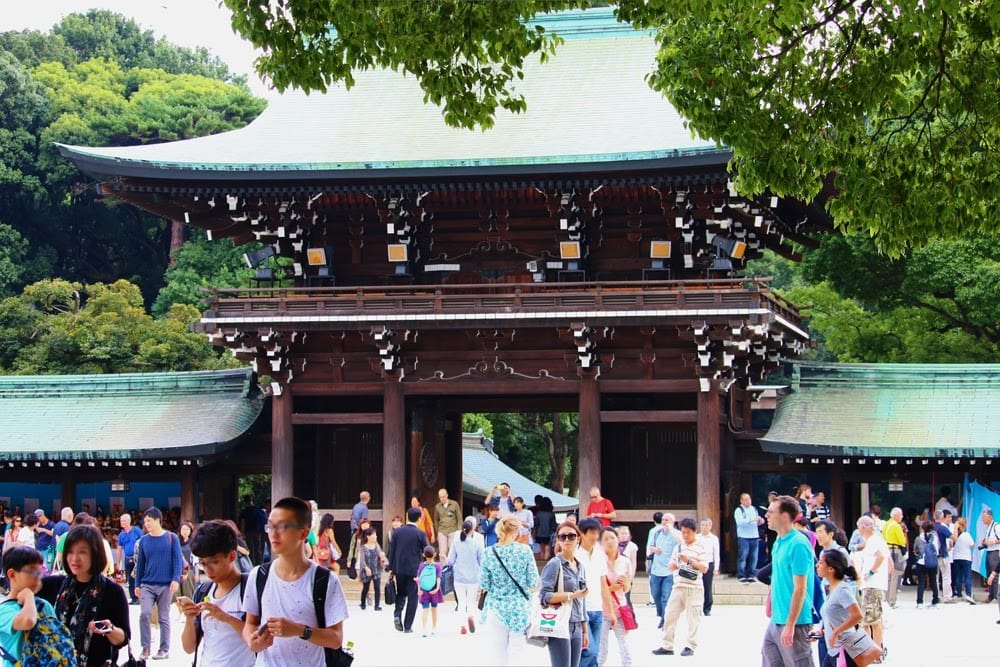 For most European and American countries, winter means staying in, wearing comfortable jumpers and loading up on hot coco and soup. Not in Japan, though. The Japanese welcomes winter and celebrates its arrival by holding numerous, colorful festivals. We list down 6 of the most amazing Japanese winter events you should not miss.

One natural resource that Sapporo is unlikely to run out of would be snow. That is why this capital city of Hokkaido can boast of holding the world’s most popular snow event, the Sapporo Snow Festival. This two-week festival usually happens late January or early February, and attracts over 2 million people from around the world. The festival dates back to 1950 when six students competed with each other by creating snow statues. The highlight of the festival are the huge snow and ice sculptures measuring up to 50 feet tall and can be seen at the Odori Park. In 2015, the Hokkaido-based 11th Brigade of the Japan Ground Self-Defense Force worked on a month-long project that resulted into the first ever snow Star Wars sculpture.

Aside from the festivities in the Sapporo Snow Festival, visitors should also grab the chance to experience skiing. This part of Japan holds the highest average snowfall, resulting in fine and pristine snow. There are plenty of skiing resorts in Hokkaido to choose from that provide snowy winter valleys and forests where one can learn how to ski powder.

Winter in Japan calls for majestic sculptures, amazing sights and an abundant supply of fresh sea food. Held annually during the second week of February, the Miyajima Oyster Festival sees thousands of visitors lining up early at different port towns in the area. Vendors offer oysters at low prices and prepared in different ways: deep fried, marinated, in hotpot and stews or with udon noodles and rice porridge. Most people enjoy eating them flame grilled with a dash of local rock salt and a bottle of beer.

If you’re running out of innovative ways to celebrate Valentine’s day, then this might be the winter festival you’re looking for. This festival is held in the town of Yokote in Akita Prefecture and has an incredible 400 year history. It features more than 100 beautifully lit igloo-like houses called kamakura. These temporary homes that only last for 2 days are built by locals to pay tribute to the water god. Visitors are encouraged to stay inside the kamakuras and experience rice cakes and warm rice wine.

Like the Yokote Kamakura Snow Festival, the Tokamachi Snow Festival is another old and popular Japanese winter festival which started in the 1950s. While it is on a smaller scale compared to the Sapporo Snow Festival, this event is more intimate and focuses more on the camaraderie of small Japanese communities. Town members pitch in to create small but intricately detailed snow sculptures. The citizens of Tokamachi created this festival on the idea that they should not treat snow as their enemy, but instead make snow as their friend. Held late February, the highlight of the event is the fireworks display at the town’s snow stage carnival.

This is probably the only winter event in Japan that focuses more on fire than snow. Held in the town of Nozawa Onsen, the Dosojin Matsuri is held every January 15. This festival is centered on a Japanese ritual of cleansing men ages 25 and 42, which are considered unlucky. The men falling under these age groups gather together and build a wooden structure that they can set on fire. The massive bonfire is said to purify and cleanse these men, therefore ridding them of bad luck. While watching the ceremonies, visitors can enjoy excellent street food and free sake being given by local firemen.

During the second week of February, the town of Otaru is decorated with illuminated snow sculptures. The Otaru Snow Light Path Festival runs for over 10 days, with beautifully lit snow sculptures placed alongside the Otaru Canal. Visitors can take a stroll along the canal, take photos or just relax and enjoy the magical, fairy tale-like atmosphere.

Because of the many wonderful events happening around the country, winter is definitely not a season to stay indoors when you’re in Japan. With the amazing snow sculptures, magical sights, snow sports adventures, and great food, these festivals give you a unique and memorable winter experience.

All Posts »
PrevPreviousBest Countries to Visit This Spring
NextWhale Watching: A Unique ExperienceNext