6 Experiences Every Trip to New Jersey is Incomplete Without 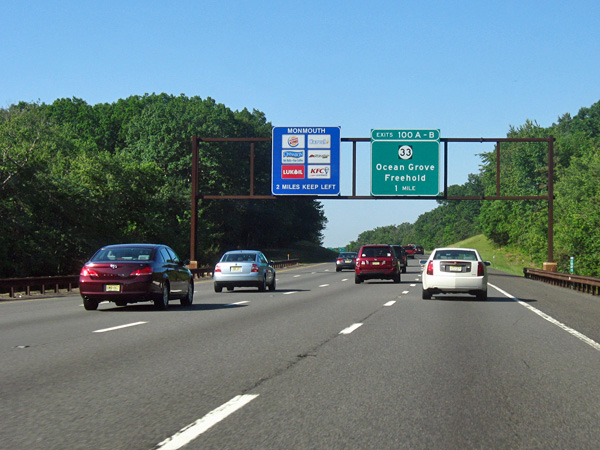 Every state in the Unites States has its claim to fame, and New Jersey is certainly no exception. Ranked as the third oldest state, New Jersey joined the union on December 18, 1787. There are a dizzying number of things that can be explored when visiting, but here is a list of six experiences you must have if you are planning a trip to New Jersey.

The board walk built in 1870, is four miles long and remains one of the most popular attractions in America. A large majority of New Jersey’s most infamous attractions reside in Atlantic City. Nearly all of the newly crowned Miss Americas have been photographed taking a romp in the waters of Atlantic City. On your next visit to New Jersey you should follow in the footsteps of past Miss Americas and explore the city that holds the title for having the most diners in the world.

The Aquarium also features Blue Penguins as permanent residents. There are only five other facilities in the United States where these awesome creatures can be seen.

If you are traveling with children while in New Jersey, Turtle Back Zoo is definitely a destination you can’t afford to miss. The zoo holds the title of being ranked the top in the state, and it houses a vast array of land animals and marine life. One of the zoos newest and most popular attractions is a sea lion and sting ray tank.

Other popular attractions include the Penguin Coast Exhibit, where the coast of South Africa has been recreated to help the residents feel right at home. The Southeast Asia Exhibit is the home of two of the world’s rarest animals, the red panda, and the Amur leopard. Animal rights groups are fighting to save both of these animals from extinction. The zoo’s Prairie Dog Hill is a live exhibit which allows children to adventure underground and explore burrows which lets them pop-up next to the furry residents.

The Princeton University Art Museum is unique, as it has a history of collecting fine works of art which date all the way back to the 1750’s. There are 97,000 works of art housed in the museum which spans the globe, and a range which features both ancient and contemporary art, and everything in between. The museum also makes many of the art pieces featured at the museum available to the public through its online catalogue.

One of the finest amphitheaters in the United States, the PNC Banks Arts Center can hold a massive crowd of 17,000 people, and features a grassy area which can accommodate a crowd of 10,500. Located in Holmdel Township, New Jersey, the art center hosts concerts and other live events from May through September each year. Some of the biggest names in the music business have played at the PNC Banks Art Center including artists like Janet Jackson, Foreigner, the Doobie Brothers and Chicago.

If you grow weary of the hustle and bustle of some of the busier attractions, you can take a break and get away from it all at Liberty State Park. Relax and enjoy all of the spectacular views this park has to offer, including Ellis Island, the statue of Liberty and New York City. If you are still feeling a little adventurous, you can rent a bike and explore the park, or kayak the park’s waters.

All Posts »
PrevPreviousStopover Exploration
NextBest Countries to Visit This SpringNext